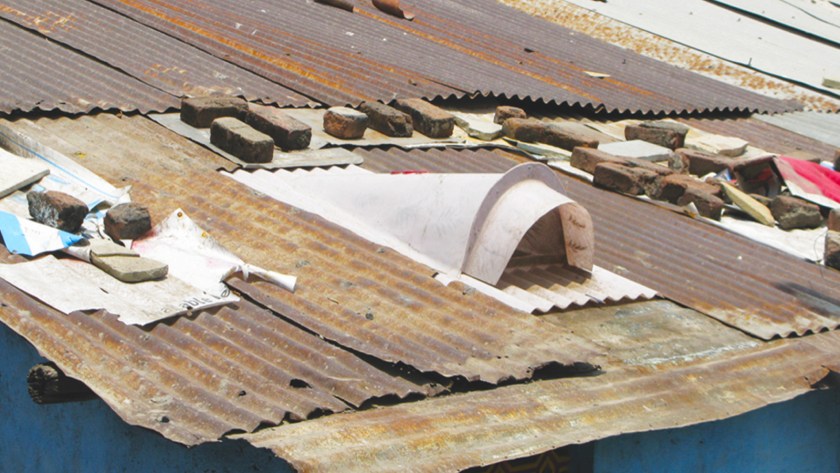 Ujasiyu’, which means ‘light’ is sustainable and affordable lighting and natural ventilation innovation. It is initiated with the intention of improving the living environment and quality of life of the urban poor in slums & squatter settlements.

With the housing deficit of nearly 24.7 million in urban areas of India, nearly half of the population in cities create their housing by illegally squatting on the Government or abandoned land. While they build their homes themselves, due to lack of legal tenure, these housing lack the provision of quality and adequate infrastructure which is usually provided by authorities through formal systems. The houses are built with rudimentary material and crude technologies. High-density neighbourhood housing is built compactly as deep long houses – (about 25 sq.mts) with a wall on three sides shared with the neighbours. This narrow long house space, when internally divided into rooms, the rear rooms invariably remain devoid of any light, ventilation or view. It implies that even in broad daylight the families need to use bulb/artificial lighting all the time including in the daytime. This unduly increases their electricity bills for lighting the space as well use of a fan in cooling the place. It also means living spaces being dark and dingy (unventilated) are detrimental for occupant health mental and physical health. It adversely affects the home-based economic activities due to non-comfortable work environments.

In such a milieu, the intention was to derive cost-effective, non-mechanised and sustainable solutions to illuminate and ventilate the room spaces with natural daylight possibilities. It would have multi-folded advantages such as health-related by having ventilated and well-lit quality of indoor air and spaces; economic advantages by saving in electricity costs and by increasing work efficiency for home-based workshops and productions; as well as environmental aspects by consuming and wasting less energy.

To achieve this goal, several strategies were employed.

The first was to undertake a detailed and scientific home survey in hundreds of households by noting the number of lighting fixtures (bulbs) and fans in the house along with fuel-based implements like stove etc. Their monthly electricity bills and fuel bills were recorded. These surveys were conducted after intense social engineering and community rapport building through meetings and home visits. Volunteers from the community itself were prepared and eventually hired for the survey. After the initial energy consumption survey, the surveyed households were provided with alternative low energy consuming lighting fixtures, electrical appliances and fuel alternatives. These were mounted and old tungsten bulb lighting and energy inefficient fixtures were removed. For three months after these altered devices monthly electricity bills were recorded. There was a significant reduction in electricity bill by 30%. This significant and evident savings in electricity convinced the house owners to go with efficient fixtures, which as required, were customised and bulk purchased at discounted rates for a permanent replacement.

During the monitoring phase of replaced fixtures and cooking implements, design interventions were developed to economically and appropriately provide natural daylighting and ventilation. Multiple alternative solutions were evolved and five different prototypes were developed and actually mounted in the volunteer’s homes. The community was invited to experience the performance themselves. Based on their popular choice, one of the four options was selected for bulk production. The chosen option was the fibre reinforced translucent corrugated sheets with a built-in dormer window for ventilation.

Translucent sheet provided diffused glare and heat-free light and very effectively illuminated inner rooms through natural light during day time, while the aperture of dormer provided for the natural passage for air for hot air ventilation keeping the place naturally ventilated through convective principles, avoiding undue use of a fan and improving indoor air quality with fresh air exchanges. For night time use low energy electrical fixtures came in handy. Thus as an integrated strategy, these initiatives offered 50% saving every month per household simply in electricity bills. These ventilating elements were called “Ujasiyu” – one that cheers up – which further, on direct demand-based, bottom-up from the actual end-users were produced and provided.

In less than two years they are installed in hundred and forty houses alone in the slums of Ahmedabad, Gujarat State. The task is in progress to spread it through most houses of the slum settlement. It is also being introduced and replicated in the state of Madhya Pradesh, other cities, Surat and Vyara in Gujarat itself, in urban and rural settlements.

A link to the project.
SPECIAL MENTION in World Habitat Awards