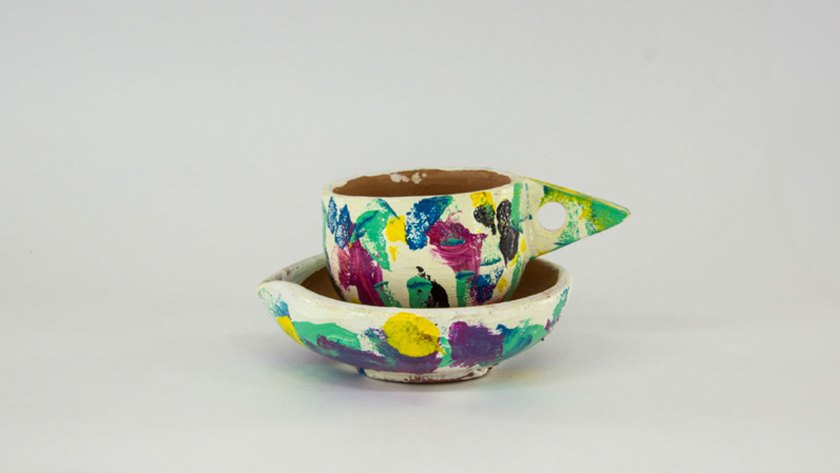 Design Museum Dharavi is an open format and since the start of the project wanted to inspire other people, adapting it and creating similar initiatives at other locations. The museum engages with local makers in new collaborations, exploring their creativity and designing new items together for public exhibitions. The showcased objects, proposals, strategies and models reflect the talent of local makers, craftsmen, designers, contractors and other professionals operating within Dharavi, and aim to open new creative directions and scenarios.

The Design Museum Dharavi has been created as an experimental project to explore the impact that design may have on the perception and future development of areas such as Dharavi. We are excited to see how institutes, museums and similar cultural institutes will adopt a more socially relevant role in the future, where design methodologies are being applied in unforeseen scenarios. On a meta-level, our idea is to create a model that in the future can be implemented in other similar settlements around the world. To start this discussion, a conference was held in summer 2016 in Amsterdam, where the results so far of the Design Museum Dharavi were exhibited, and experts from different disciplines gave their own view on this matter.

Many foreigners have come to Dharavi before to request and manufacture all kinds of goods, and some local makers are familiar with these kinds of collaborations, exporting their products not only around Mumbai but also as far as South Africa or the United States. Most workers in Dharavi are extremely busy, and when approaching them for the first time they will most likely ask you about a definitive design and the number of pieces you want to manufacture right away. But to start a meaningful collaboration, we learnt that a more paced and patient process is required. Our collaboration with the potters from the Kumbharwada pottery colony in Dharavi was the longest, taking us up to 7 days. It was important to establish the goals and objectives for this collaboration at an early stage, a rather rare one for them since we were coming with no designs in mind whatsoever. The first day involved drinking lots of tea, talking about their business, their daily production, the possibilities of such a collaboration etc. We talked about chai tea and the many different ways people drink it in Dharavi. Keeping this conversation going on in both directions helped us trusting each other and defining the meaning of the project together. That’s how we decided to create new cups, saucers and containers, all inspired by the many rituals and meanings surrounding chai tea. Making something in Dharavi that has no immediate commercial value was difficult to conceive, but after a couple of days, the Chauhan family understood that the purpose of our collaboration was exploring the process itself, and not the final products. There were moments of doubt and small misunderstandings, but these were overcome by understanding the experimental nature of our project.

Every exhibition has a different theme depending on the collaborators, location, season, or subject chosen as inspiration. The museum opened with an exhibition inspired by local themes and everyday symbols such as chai tea, water containers and brooms. The second exhibition featured a street cricket tournament, where richly hand embroidered uniforms and stunning hand-carved wooden bats were not only displayed but also put into action right on the spot.

Due to the high density of the population and the insecure tenure of its land, changes in Dharavi are constant. This user-generated neighbourhood is reinventing itself on a daily basis, which constitutes one of its many peculiarities. This fact inspired us to create a nomadic exhibition space that operates as an exhibition venue and meeting point for cultural exchange and innovation. The museum travels on a pushcart, similar to those used by locals to distribute and sell all kinds of goods and products.

Before arriving at Mumbai, urbz role as advisors provided us with key insights on Dharavi’s complex fabric; once on site, they introduced us to Shyam and other relevant figures in Dharavi, allowing the project to grow independently.

We met Kruti Saraiya via Skype a few days before our arrival in Dharavi. As a Mumbai-based London-trained designer and typographer, Kruti has precious knowledge about the importance of design in both Eastern and Western contexts. She not only designed the Design Museum Dharavi visual identity, but thanks to her enthusiastic attitude she had a key role in communicating with local makers, solving issues and taking ownership of the project itself.

Along the way, we’ve collaborated with many different institutions, from design academies in the Netherlands to art festivals in India. Keeping an open-minded attitude about the project, its goals and impact have helped us appreciate different perspectives and ideas coming from design professionals, students, and the public in general.

When we made the water containers together with the Chauhans we were taking ten steps ahead and were not thinking about commercialising the objects that were made for the museum. Doing so, the design products could be as progressive as we thought fit, in colour as in shape or function. However there was some interest in them, people actually wanted new and innovative water filters that also kept the water cool. After our collaboration, the Chauhans got a specific commission and took the initiative to modify the water coolers they created for Design Museum Dharavi, coming up with a product that was highly functional but at the same time introduced a completely new aesthetic. After it was finished, the container stood outside of the shop for a few days awaiting its new owner. During those days the Chauhans received eight more commissions for the same piece. People were surprised it was made in Dharavi. This water container forms the middle ground where there is enough room for innovation but also where the maker feels comfortable and confident.

The innovation that came from the makers proved that when given the right time, space and resources, their skills fit within the mission of a design museum. People tend to think that the makers of Dharavi can only do repetitive manual labour; we want to challenge that notion by creating these innovative design objects together.

These collections are often associated with a certain elite or powerful social sphere, with heavy historical and colonial references, but they can certainly feature objects and narratives that will bring a completely different perception of the work that is being developed in these informal settlements. When design products and collections are open to these new and uncharted territories, we hope that the barriers and prejudices that separate formal and informal economies become less important and that a more inclusive and social design approach will take over.

To celebrate this project, the team created a very special book.
The Waterproof Project
Amsterdam Exhibition

Design Museum Dharavi is an initiative by Jorge Mañes Rubio and Amanda Pinatih, an artist and a curator based in Amsterdam.

Jorge Mañes Rubio
He is an artist based in Amsterdam, a TED Senior Fellow and a recipient of the S&R Foundation Washington Award. His practice revolves around providing more diverse, personal narratives for the future. His works can be perceived as active matter; something that can be handled, experienced and ultimately activated. He has exhibited at leading museums worldwide including the National Museum of Modern and Contemporary Art Korea, Victoria & Albert Museum London and the Tropenmuseum Amsterdam.

Amanda Pinatih
She is Design Curator at the Stedelijk Museum Amsterdam where she provides the vast design collection with new perspectives and makes exhibitions that respond to today’s social, decolonial and environmental issues. Simultaneously as a PhD candidate at the VU Amsterdam, Pinatih is researching what Indonesian objects, that came to the Netherlands during colonial times, afford in contestations of belonging for young people who self-identify as Indonesian Dutch.

Kruti Saraiya
Kruti Saraiya is a graphic designer/ typographer based in Mumbai. The focus of her practice has been to allow for a contemporary Indian design narrative to emerge to fill the gap between MTV kitsch and traditional Indian crafts.