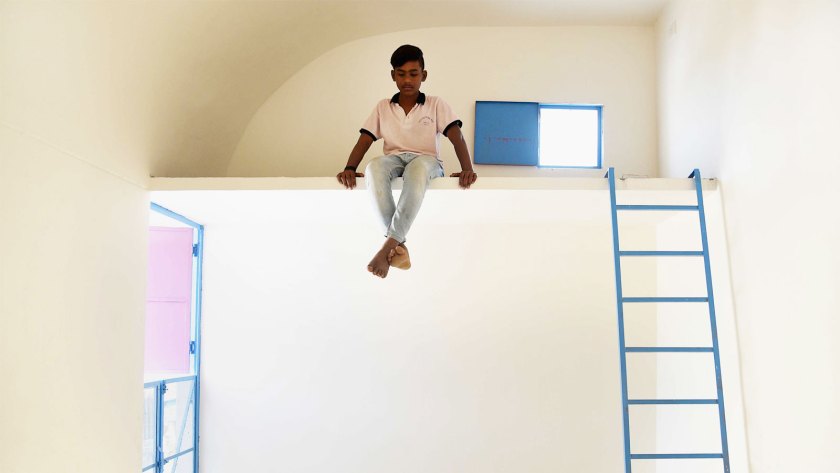 The community housing at Vastral is a project that aims to improve the quality of life of its residents by rebuilding the houses that are prone to flooding. The project is a collaboration between Manav Sadhana, De Montfort University and SEALAB.

Context
The origins of the community at Vastral are interwoven with the history of Leprosy in India. Leprosy has affected humans since ancient times. The Greek physician Hippocrates and Indian ancient medical treatise by Sushruta described the disease in 460 BC and 600 BC. Throughout history, there was a stigma around the illness. People with Leprosy were marginalized, treated as outcasts, and forced to live in dedicated asylums away from society. Post-independence, some people affected with Leprosy migrated from various parts of India and settled in Jamalpur, an area on the bank of the Sabarmati river in Ahmedabad. They lived in temporary shelters that flooded frequently. In 1968, the Government of Gujarat provided them with a piece of land in Vastral, then, on the outskirts of Ahmedabad. Today, there are 125 homes with over 500 people living in the community – the largest leprosy community in Ahmedabad. Around 40 people still have reminiscences of Leprosy, even if cured, but the new generation is healthy, and there are no recent cases of Leprosy. Manav Sadhana (an NGO in Sabarmati Ashram) has been working in the community for two decades in the areas of health and education.

The location of this community is in a low-lying area. Because of the rapid urban growth, the land surrounding the community, once open farmland, is now converted into industrial and residential areas, creating a strict edge with the compound walls of the community on three sides. Ghodasar canal and a road at a higher level (+1.8M) run parallel to the other side of the neighbourhood. Without proper drainage, the area floods every monsoon. The unhygienic and inhabitable environment forces the residents to live in the community hall and bring all their belongings.

Design
In 2018, Manav Sadhna and De Montfort university envisioned rebuilding the houses prone to flooding and invited Sealab as the architect for the project. The community identified 55 homes in dilapidated conditions that needed immediate rehabilitation. The selected houses had no proper light and ventilation and were made of 11.5cm thick brick and asbestos roof, creating an inhabitable environment. For the pilot project, two prototype houses were selected based on a lottery. Since the last two years, ten houses (Phase 1) were built, and three others are due to be built this year.

The design aimed to provide a dignified living condition to the families, with individual design solutions that considered their aspirations and needs, within a strict budget of 4,00,000 INR. Therefore, each house was unique, even if built with the same budget and approximately a similar area.

The extreme constraints: physical and social conditions of the place and the frugal budget were the major catalysts of the design. These factors led to increased attention to detail, exploration of materials, and alternative construction techniques. The new single-floor courtyard houses (25-40 m2) were designed with simple load-bearing brick walls with higher plinths (+ 90CM) to protect them from flooding. The red IPS plinth, built from the debris of the demolished houses, was conceived as a social space or a place to work, gather, rest or sleep at night. Natural light and ventilation were the fundamental aspects of the design since the plot sizes were small and surrounded by densely packed houses on three sides. Some doors, windows, and Kota stone were salvaged from the demolished houses and reused in the new homes. The structure was designed with a flat RCC slab, accounting for the future incremental growth of the family. The terraces became an extended space for the family.

In a unique condition where the plot size was minimal (4X6M), and the family had 5-7 members, a double story structure with a metal/ferrocement roof was designed to provide more space to support the needs of the family.

Community engagement
For better engagement with the community, we developed alternative communication techniques: detailed architecture models incorporating the furniture and belongings of the family. They were thoroughly discussed with users and sometimes the entire community, making the design process participatory and democratic.

Similarly, we did construction models with dimensions written on them to communicate the design with the contractor since he had no experience in reading working drawings. Various workshops (Tile making from waste marble dust by Jayesh Shukla, Ferrocement construction by Arjun Doshi and team, Paper mesh bricks for insulation by students of IPSA, Rajkot) were also conducted at the community. Students from DMU volunteered in the workshops and on-site construction of houses. The prototype houses became the base reference for the design and construction of future homes. Many design discussions with the users were held at the prototype houses, which helped them visualize and experience spaces and make informed decisions about the design of their houses. Post occupancy studies and user feedback helped refine the solutions previously implemented and constantly improve the design of the houses.

The new homes provide a dignified living condition to the residents with natural light, ventilation, and a possibility to increment in the future. The raised plinths protected new homes from flooding, they did not flood since the last two monsoons.

As professionals, we realized that we need to change our methods of communication in the design and building process.

The design is still evolving with the construction of new houses, since the community sees and discusses them, bringing a better understanding of the usability of spaces and their adequacy to the family needs.

Drawings by SEALAB | © all rights reserved

House 1: Narsamaben and Family
BEFORE | AFTER

House 3: Arunaben and Family
BEFORE | AFTER

House 4: Mahadeviben and Family
BEFORE | AFTER

SEALAB was born out of common interest to design with time and quality and reflect on the social and cultural implications of Architecture. Currently, SEALAB is based in Ahmedabad and led by Anand Sonecha.