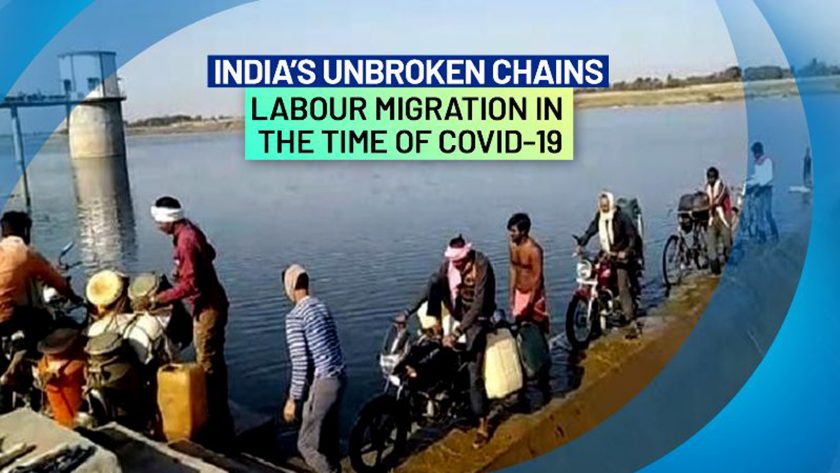 Sound, Fury, and 4G is a marker of the restlessness, the energy, the ironies of being young in a so-called young India and Digital Bharat. Where finding employment was still unlikely, but super-fast internet speed and bandwidth was always at hand.

Khabar Lahariya started in 2002 as a fortnightly newspaper with a group of seven women who wrote in Bundeli and Hindi and produced the paper, covering everything from the local to the national and even global.

The newspaper expanded over the next six years, producing special language editions in different districts and states and in 2013, Khabar Lahariya went online. Between 2015 and 2017, as the hinterlands started going digital with smartphones and mobile data plans becoming accessible, KL’s pilot video content began showing first proofs of concept. Over the next year and a half, KL pivoted to a fully digital media platform and hit million-plus viewers on YouTube.

The beginnings of a subscription product were now in the offing. With the time seem ripe for diversifying audiences – while KL’s first and primary audience is the local rural and small-town audience, its digital power, as illustrated above, had taken it to the urban, English-speaking consumers of content too. The identification​ of this as the appropriate audience for a subscription was fast gaining strength as an idea. Unlike other media platforms that regularly appealed to its audience with promises of high-quality journalism via paid subscriptions, we knew that our primary audience was not likely to pay for content.

Thus we tapped into the tiny proportion of our audience that is based in urban cities and are already subscribed to our English bi-monthly newsletter, support our online crowdfunding drives, use our news content for research, advocacy and training purposes. This audience that is interested and also willing to pay for a long-form good quality content was done by tapping into our outreach databases and also identifying new clients such as university students and professors in liberal art colleges, partners (corporate and INGOs who will be willing to ‘gift’ subscription to their staff), and offline events with feminist organisations to increase our visibility.

Understanding transnational issues – be they climate, economic and political shifts, technology and so on – from the perspective of young people in rural areas seemed to be content that did not exist and that piqued readers’/viewers’ curiosity the most.

According to a 2​020 projection, the demographic was a whopping 34% of the​ population and even though their stories had suddenly become of interest to mass and mainstream media, the model of the young rural reporter reporting on the young rural populace was non-existent.

This is where we saw KL’s strength and potential to grow.

The process of scouting through Khabar Lahariya’s digital archives began, with a view on zoning on content themes that would fit the product description, have a more timeless appeal and longevity value than the more topical news reports, and be able to interest larger, broader audiences more accustomed to subscription products of international media platforms, both paid and unpaid.

Discussions and strategic meetings around a form and content, led us to focus on mapping stories of heartland youth in the vein of long-form multimedia. Thus was born Sound, Fury, and 4G, its title a marker of the restlessness, the energy, the ironies of being young in a so-called young India and Digital Bharat. Where finding employment was still unlikely, but super-fast internet speed and bandwidth was always at hand. A fortnightly long-form article with multimedia elements of video, audio, and social media posts on fire across smartphones in the Hindi-speaking belt.

These would be in-depth dives through stories on technology,​ development, culture, gender, caste, sexuality, sex – all from the point of view of the country’s youth, with video/multimedia elements, from Khabar Lahariya’s unique perspective, that of the embedded local reporter, for an audience whose newsfeeds are not set to ‘north Indian heartland’!

The product was funded via a Google News Initiative grant (Chambal Media,
Batch of 2019) and launched in October 2019, on Diwali, a popular Indian festival, with a story on the dating lives of the heartland’s youth.

The GNI APAC Innovation Challenge 2019, provided the funding support to launch and run SF4G for one year.

Since 2019, we’ve reported on youth politics and the caste dynamics behind student elections. We’ve met sportswomen and Mahila Pehelwans; rural innovators and showbiz hopefuls building up fan bases through apps like TikTok and Likee.

We’ve also recently started a bulk subscription plan for academic, corporate and other non-governmental institutions, who have gone on to distribute accounts among employees, gift them to the conference, and use them as pedagogical materials.

On the outreach front, we experimented with a few campaigns. One main challenge we had was that this being a unique offering, it was tough to reach out to a new audience with no prior idea of what the offering actually looks like. So we decided to offer limited free access (2 to 3 days) to one pre-decided episode timed around a significant occasion, such as the International Women’s Day (March 8), International Worker’s Day (May 1) and again on our 18th birthday during the first week of June. We promoted the free access stories on all our social media channels (Facebook, Instagram, Twitter) and also personally reached out to prominent civic, culture and feminist online influencers to promote the product to their sizeable following.

To promote our recent Bakr-Eid special on online goat market places, we also hosted a Zoom discussion around the politics of meat and culture of food in India. Being a local-language grassroots platform with a unique offering aimed at an urban, English speaking audience, we’re experimenting with different product strategies to bridge the rural-urban divide.

With a reach of around 10 million people a month through multiple digital platforms, including Facebook, YouTube, and WhatsApp, KL’s network of women reporters, editors and stringers ensure a digital footprint across the Hindi-speaking belt of a rural and small-town North India.